Commutation Discussion Must be Honest and Frank 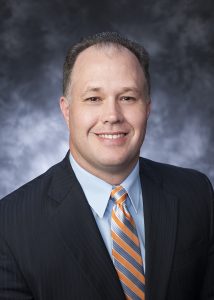 Granting a commutation is a decision that can significantly reduce or even eliminate the criminal penalties of the most serious and violent offenders.  When considered and done correctly, a commutation can be appropriate and fair.  When done incorrectly, it can have very negative consequences.

Last fall, a Pittsburgh Post-Gazette headline caught my eye: “Fetterman tells prison lifers time is right to apply for commutation.”  According to the report, Pennsylvania’s Lt. Governor is on a “Redemption Tour” in which he is begging “prison lifers” to apply to the PA Board of Pardons for commutation.  Reading on, the article described the effort as part of the Lt. Governor’s long-term goal “to remake commutation as a release valve for an imperfect justice system, offering relief to the wrongfully convicted and the disproportionally sentenced.”

This made me wonder: is this approach a means to circumnavigate the criminal justice process?

The current board is said to have recommended more lifers for commutation than any other board in recent memory –seventeen last year alone, 14 of which were granted by the governor. Yet, after a December 20 board meeting, where the board approved two inmates for consideration by the governor, the Lt. Governor characterized his reaction to the results as one of the “most dismaying days of my life” because according to news reports he wanted the board to approve seven more.

Commutation is not meant to relitigate cases or reconsider the weight of the evidence, or credibility determinations.  Nor is it an appropriate avenue to circumnavigate the law and wholesale let convicted killers out of their sentences.

Commutation is an act of mercy, provided for by the constitution, which allows a governor or president to reduce the prison time sentenced to someone convicted of a crime.  Commutation is rare.  It requires a lengthy process, taking a close look at each individual, the crime that was committed, the impact of that crime, as well as the behavior of the convict during his or her imprisonment.

There are appropriate times for commutations to be granted.  But it is not meant for every or even most murderers.  Equally important is that the voices of victims should always be heard, and their wishes and opinions should be a priority.  Commutation should not be used to prioritize convicts over victims and their families, budgets over public safety, or a means for the executive branch of government to turn its back on the legislative branch of government’s definition of accountability, regardless of the crime that was committed.

Any discussion about commutation needs to be honest and frank. Who are “prison lifers”?  The Post-Gazette news article describes some of these inmates with “white beards and canes leaning against their knees.” Never mentioned however, is the fact that prison lifers are convicted murderers; killers who either pled guilty or were convicted after a trial of either first-degree or second-degree murder. These individuals took the life of at least one person or committed a violent felony, which resulted in murder.  Absent from the conversation is any significant acknowledgment of the murder, sexual assaults, strangulations, stabbings and shootings that lead to each life-long prison sentence.

As District Attorney of Crawford County over the last 20 years, I have prosecuted a few of the killers that have received a life sentence. One is a career criminal who, while on parole, left a halfway house, burglarized an elderly woman’s home, sexually assaulted her and then smothered her. Another shot his friend and his friend’s wife to death. In another gristly case, two female killers savagely attacked a young woman in the woods and then buried her alive. These life sentences were well deserved and earned. Yet these are some of the same men and women being told, “we have the best opportunity in 40 years to get people out”.

Where is any recognition that behind each of these individuals are victims and their families? Where is the acknowledgment of what these “lifers” have done? It is impossible to erase from this calculation that these are crimes that result in the violent death of a fellow citizen.

When someone is murdered, the life of a family is altered in an unnatural, horrific, and irreversible way. No one can imagine the anguish or anger that some of these families feel. But I can imagine the pain they will feel all over again when they perceive that the rights of murderers are taken more seriously than theirs.

It is because our society places such a high value on human life that the punishment for these crimes is life in prison. A life sentence is not about rehabilitation, but a statement that says if you take a life there is punishment and accountability. The fact that a killer has been a model prisoner and now claims to be rehabilitated is only a small part of a much, much bigger equation. Victims matter. Victims’ families matter. The value of life and the standards set by society matter. That is where our government’s priorities should be focused, rather than a highly publicized campaign to encourage sentenced killers to ask to be released from their life sentences.