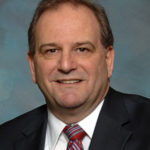 “I am honored to carry on the Association’s tradition as innovators intent on ensuring integrity in the criminal justice system,” said Vittone. “My colleagues and I are committed to doing the right thing for the right reason, which means enforcing the law, seeking justice, protecting victims and making improvements to the system to ensure fairness and safe communities.”

District Attorney Vittone serves as the District Attorney of Washington County. He was first took office in January 2012 and is current in his third, four-year term. Mr. Vittone is known for his pragmatic approach to prosecution and his advocacy related to the heroin/opioid epidemic and preventing elder abuse. Mr. Vittone is a member of the Pennsylvania Supreme Court Advisory Council on Elder Justice in the Courts. He previously served as a member of the Pennsylvania Supreme Court’s Elder Law Task Force, which issued over 130 recommendations to enhance the way Pennsylvania elders interact with the Commonwealth’s judiciary. Prior to being elected DA, Mr. Vittone was an assistant district attorney for 12 years. He attended law school at Duquesne University School of Law after managing a large EMS agency and worked throughout law school as a paramedic. Mr. Vittone continues to maintain his paramedic certification.

Throughout its history, PDAA has been a leader in matters of public safety. Most recently, the Association supported prosecutors through the Covid-19 pandemic emergency and backed legislation signed into law to help the most vulnerable more easily testify during trials and to permit experts to testify about victim behavior in cases involving domestic violence and human trafficking.  PDAA has also helped to enact laws to hold domestic abusers accountable by making strangulation a stand-alone crime, to protect against online exploitation by creating the crime of sexual extortion, and to help those with criminal records to be more likely to get jobs by sealing records by enacting the clean slate law. For more information about PDAA click here.