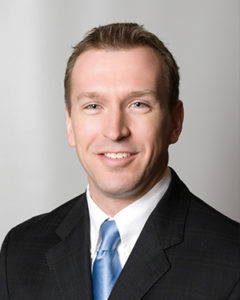 You may have heard a lot in the media about a prosecutor’s approach to non-violent drug offenses. There are some who would like to perpetuate the myth that our jails are filled with non-violent drug offenders. This is simply not the case. Keeping in mind that the primary job of a prosecutor is to protect the public and enforce the law, here is how drug offenses are handled in Lebanon County, where I have been District Attorney for over a decade.

A prosecutor who handles a drug offense is guided by what’s called Pennsylvania’s Sentencing Guidelines. These guidelines generally determine what sentence a defendant will receive when convicted of a criminal offense. All controlled substances, other than amounts of marijuana less than 30 grams, are treated as “simple possession”, which means that the PA sentencing guidelines call for a sentence anywhere between probation and 18 months in state prison, depending on a defendant’s prior record. For defendants in Lebanon County without an extensive history who also show a clear initiative to help themselves, my office works with the judge and the defendant to structure a sentence that encourages and prioritizes rehabilitation over jail.

The vast majority of defendants in these cases are offered probation with a drug/alcohol assessment that requires compliance with treatment recommendations. Depending on the individual circumstances and facts, some defendants are offered pre-trial diversion programs such as the Accelerated Rehabilitative Disposition (ARD), which is a program traditionally designed for minor, first-time offenses. However, for those with significant prior records or for whom the guidelines recommend jail, we typically structure the plea that puts treatment ahead of incarceration. For example:

For those defendants whose guideline ranges call for incarceration, I have no objection to providing credit for time the defendant may have spent at in-patient treatment. Typically, I also have no objection to substituting attendance at the Lebanon County Day Reporting Center instead of jail so long as the defendant is eligible, which the majority of defendants in possession cases will be. My hope is that the person will go to treatment prior to sentencing, or at least get evaluated for the Day Reporting Center, which will also require an appropriate level of drug treatment. In addition, their plea may also include house arrest to be considered as “incarceration” rather than going to jail.

Essentially, prosecutors across Pennsylvania work with anyone with possession charges to structure a sentence that provides alternatives to jail if they show an initiative to help themselves. We understand that many of these individuals will have a better chance at recovery if they show this initiative and take a route that does not include a lengthy jail sentence, but still ensures they will work towards recovery. We have a similar procedure for many other non-violent offenders whose crimes were fueled by drug addiction, because we understand what is truly going to help the perpetrators recover — and what isn’t. There are many ways for prosecutors to assess perpetrators and try to ensure that they will be held accountable and hopefully begin to hold themselves accountable. These are just some of the ways we try to ensure the personal accountability and the future well-being of perpetrators, while at the same time ensuring the safety of our community from potential future crimes.

My personal belief is that if the person chooses not to show the initiative to better himself, then the offer will be a standard range sentence that has been established under the sentencing guidelines. That can mean incarceration. However, if an individual shows a clear desire to better his or herself, I will do my best to help him or her on the road to recovery with a solution we know can work.

Despite media reports of overzealous prosecutors, we are people and neighbors just like you, and our primary goal is public safety and making wrongs right. We are not without hearts and when it comes to drug offenses, the prosecutors I know and work with in Pennsylvania take a pragmatic approach that seeks to better the lives of defendants as well as improve our communities.

Dave Arnold is the District Attorney of Lebanon County, where he has served since 2006. Before that he was an assistant district in Lebanon County, following which he worked in a private firm as well as the Lebanon County Public Defender’s Office. Dave is married to his wife Alicia, with whom he has a 12-year-old daughter, Reese.