Every Prosecutor has a Story

Prosecutors can be described in many ways. First and foremost, they are dedicated public servants. They swear an oath to defend and protect the constitution.  They seek justice by zealously prosecuting offenders based on evidence within the bounds of the law.  They strive to ensure fairness for all in the criminal justice system, especially for crime victims, but even for the defendants they prosecute. 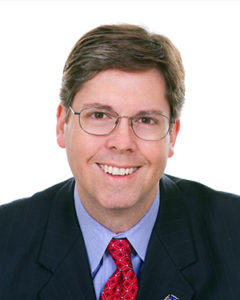 On any given day, prosecutors assist police at crime scenes, hold the hands of victims, interview witnesses, negotiate with defense attorneys, and try cases in court. They engage with their communities by visiting schools and senior centers and service clubs and more.  So we know what they do, but WHY do they do it?

Not everyone has had the chance to meet a prosecutor, much less hear or understand what motivates them. There are common threads, but prosecutors each have a different story to tell about who they are, what they do and who they do it for. Take the time to listen, and it gets interesting.

Telling those stories was the purpose behind a special project supported by the Pennsylvania District Attorneys Association to ask prosecutors about what motivates them, what makes them love their job, and what keeps them going. Their response was overwhelming, and what we learned is no one storyline defines them or their work.  You can see and hear their stories here.

Kelly Lloyd, assistant chief of trials in Montgomery County approaches her job grounded in growing up with a mother laser focused on the concept of fairness.  Now a mother herself, Kelly not only brings her mom’s lessons to parenting, but also to work where she makes sure everyone who comes through her office knows he or she are getting a fair shot.

York County District Attorney Dave Sunday didn’t know what he wanted to do after he graduated from high school. He went into the U.S. Navy, where he was deployed for Desert Strike and then counter drug operations in Central America. When he came home, he went to college and law school, and now applies the same level of passion for public service he had in the military in the district attorney’s office.

When she was growing up, Judy Chaverri, an assistant district attorney in Northampton County, loved helping people. She was also fascinated by television news and crime shows.  She decided she wanted to do something to change the violence she saw depicted on the small screen to make a difference in real people’s lives.

Like Kelly, Dave and Judy, throughout the commonwealth there are prosecutors of all different ages, experiences and backgrounds who are called to do this work. I encourage you to get to know them as individuals and for the people they are.

As for myself, I grew up in New England but moved to Philadelphia to pursue my dream of being a prosecutor.  I love the challenge of making my community safer by holding offenders accountable and pursuing justice for crime victims.  My career took a couple detours away from prosecuting along the way, but eventually I was drawn back by the biggest purpose and biggest reward of being a prosecutor: helping people.  Since 2010, I have had the privilege of serving Snyder County as it’s District Attorney.  We’re not as big or as busy as some other counties, but each morning I get to come to work knowing I’m going to make a difference in the lives of those affected by crime here.

My name is Mike Piecuch. I am the District Attorney of Snyder County, and I am proud to be a prosecutor.