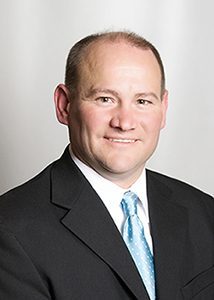 Governor Wolf has recently suggested that the time may have come to legalize recreational marijuana in Pennsylvania. At this time, Lieutenant Governor Fetterman is in the midst of a listening tour across the Commonwealth on this very issue. Both are seeking information and opinions from Pennsylvanians.

The PDAA joins so many in the medical and drug treatment worlds in opposing attempts to legalize recreational marijuana. The research on the effects of using marijuana and the experience of other states that have already legalized marijuana demonstrate the deleterious consequences that legalizing marijuana will have.

Legalizing marijuana consumption and trade will have a considerable negative effect on public health – particularly among children and young adults – and for public safety – particularly on our roads.

In states like Washington and Colorado that have legalized cannabis usage, youth consumption is up, fatal drugged car crashes have increased, and a black market for the drugs continues to thrive.

This equates to hundreds, even thousands of families who have seen loved ones torn from them due to marijuana use. Advocates for full legalization must reckon with these numbers.

Marijuana is not the safe and harmless drug that some say it is. Scientific studies have proven that marijuana can be addictive, impairs memory and learning, and spur the development of serious mental disorders – including schizophrenia – in otherwise healthy young adults.

As far as addiction, the CDC estimates that one in ten cannabis users will become dependent on the substance; that number rises to one in six for users who begin below the age of 18.

Marijuana use affects the developing brain – especially the parts of the brain responsible for memory, learning, attention, decision-making and coordination.   The effect of an increase in marijuana consumption among our youth could significantly hamper their abilities to maximize their potential.

Let’s also remember that marijuana, and the synthetics that are now popular, are much more potent than they used to be. The substance that is being suggested for legalization is not the same substance as was popular in the 1970s. It is far more powerful, and its negative effects more pronounced.

As Dr. Joseph Garbely from the Caron Foundation in Wernersville recently noted on SmartTalk WITF, studies have shown a significant increase in psychiatric disorders associated with marijuana consumption, as well as a decrease in cognitive function. Almost all of his adolescent patients (92%) that come in for drug abuse treatment have marijuana as a drug of choice, and an ever-increasing amount are checked in with marijuana-induced psychosis. These threats to mental health must be taken seriously and reckoned with.

Pennsylvania prosecutors have always taken the position that public safety should never be determined based on public coffers or what’s trendy.

In the last few years, Pennsylvania has joined many other states in legalizing medicinal marijuana for certain patients. The PDAA was comfortable with that legislation as it was targeted and included provisions to help ensure medicinal marijuana would be used by those with bona fide medical ailments. However, legalized recreational marijuana is quite different.

This does not mean that all reform related to marijuana possession is bad, however. The PDAA does not oppose legislation that would make possession of small amounts of marijuana a summary offense, subject to only a fine.

District Attorney Goldinger has been involved with the criminal justice system for over 20 years through his service in private practice and now as district attorney. Since he first took the office of Butler County’s District Attorney in 2008, he has worked to address many issues related to drug crimes including setting high bonds for drug dealers in order to protect the community from further dealing. He has also been instrumental in the creation of Butler County’s Drug Treatment Court, Veterans Court and Behavioral Health (mental health) Court.