Up Close Chester County: Ramping Up Resources to Fight the Rise in Child Abuse Cases

April marks national Child Abuse Prevention Month. For prosecutors, there are few cases more difficult than child abuse. Every time a child is abused, it is a tragedy.

Last year, the Chester County District Attorney’s Office handled one of the most disturbing child abuse cases the county had ever witnessed with the conviction of three adults charged in the torture and killing of three-year old Scotty McMillan. The case was high-profile, with extensive national and international p 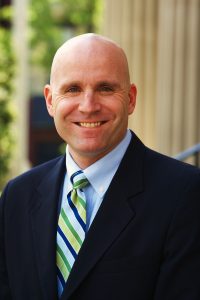 ublic and media attention. But for all of the attention and difficult details, it was only one case during a year in which the Chester County District Attorney’s Child Abuse Unit handled a record number of child abuse cases.

With new reporting requirements and other factors, child abuse reports are up across Pennsylvania. Chester County is not immune to the horrors of abuse, but we are fortunate to have the resources and dedicated personnel to handle this increased caseload.

Child abuse reports are made through a centralized reporting system called ChildLine. ChildLine reports can be made via phone (1-800-932-0313) or through the ChildLine website. Once a ChildLine report has been made, the information is sent to the Chester County Child Advocacy Center, which is staffed by Chester County prosecutors and detectives. The prosecutors and detectives review the ChildLine information and determine which cases will be handled directly by the District Attorney’s Office and which cases will be sent to other Chester County law enforcement agencies to investigate, such as municipal police departments.

These increases generally can be attributed to three factors. First, the conviction of Jerry Sandusky for abusing multiple children triggered a heightened awareness about child abuse. Second, the Sandusky scandal also resulted in a new Pennsylvania law vastly expanding the number of people who must report suspected child abuse and the types of incidents that must be reported. Third, Chester County has taken an aggressive role in child abuse education and prosecutions, leading to a greater sensitivity to child abuse issues in the community. In fact, the Crime Victims Center of Chester County and the District Attorney’s Office are creating a program with the Chester County school districts to help educate children in every grade school in the County.

Michelle Kichline, Chair of the Chester County Commissioners, has made the safety of our citizens, especially the safety of our children, a key priority of the Board of Commissioners. She collaborated with the District Attorney’s Office in anticipation of the expected increase in child abuse reports. The Chester County Commissioners did not hesitate to provide the resources we need to not only successfully prosecute perpetrators, but also protect the children during the emotional process of investigation and prosecution.

Once a child abuse report has been received, the cases must be handled very carefully, both to preserve evidence and protect traumatized children. Children are brought to the Chester County Child Advocacy Center (the “CAC”), located inside the District Attorney’s Office, to be interviewed. The CAC is designed to be a “kid-friendly zone,” where the children can feel secure and comfortable. The CAC has toys for the kids, an area for family members, and access to a comfort dog for children who are calmed by pets.

All interviews are conducted by detectives who are specially trained “forensic interviewers.” Forensic interviewers have received intensive training on how to interview abused children, making sure to elicit facts without re-traumatizing the child. Virtually every Chester County Detective has been to a nationally-accredited forensic interviewing school. The District Attorney’s Office also has Spanish-speaking detectives, a vital tool when speaking with children for whom English is a second language.

Child abuse reports are never just statistics. The vast majority of prosecutors I know take child abuse personally. In our office, we treat every child abuse case like the victim is a member of our Chester County family. And we will never quit until people stop hurting children.